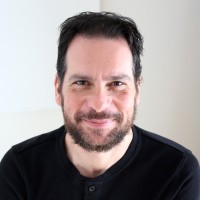 Sylvain Carle has spent the last 25 years thinking, writing, building, and investing in emerging technologies. Though he didn’t study computer science, Sylvain has been hacking with computers forever, and spent most of his career as a startup entrepreneur at the confluence of media, technology, data and networks.

A self-proclaimed nerd, socialist and pragmatist, Sylvain believes in technology as a means to transform complex systems (even if he knows it is quite hard), and loves investing in ideas and people aiming to change sectors and industries. He is the Managing Partner of O13, a new preseed fund and development program to help climate entrepreneurs succeed with their ambitious environmental impact startups. He is also an investor-in-residence at Anges Québec, contributing to their entrepreneur centric approach for angel networks.

He was Senior Director at SecondMuse Captial in Montréal, where he focused on entrepreneurial climate innovation. He served as a General Partner at Real Ventures from 2014 to 2020. Sylvain had a decade of being a CTO and co-founder at Messagia, Interstructure, Praized and Needium from 2001 to 2011. He worked as Senior Developer Advocate at Twitter in San Francisco from 2012 to 2014, where he learned what startups become at scale and to IPO. As a Real Ventures pre-seed partner, Sylvain raised and managed the Orbit pre-seed fund ($30M), played a key role in nurturing the local tech ecosystem, and worked closely with Real’s portfolio companies.

In 2020, pre-COVID, he set course on applying his network and insights to the climate crisis, broadening his scope from technology to impact investing. He still believes data and algorithms can move the needle, but not if it’s not making people’s lives better and protecting the planet. He still knows that money is an incredible lever for progress, and he hopes to catalyze capital for the environmental and social challenges of today and of the next decades.