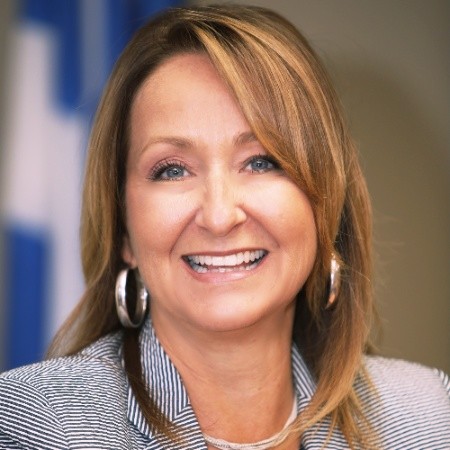 Ginette Mailhot started her career in damage insurance in 1990 and rose the echelons to share ownership and presidency, a position she held when she sold her firm in January 2015. At the time, La Turquoise had a total premium volume in excess of $100 million with 150 employees in several branches and provinces.

In 2012, Ginette committed to obtaining an Executive MBA from McGill/HEC, a degree she obtained in 2014 after having submitted a doctoral thesis on the evolution of the distribution network in damage insurance related to the evolution of consumer behaviour in the world. From there, her desire to continue her learning and personal and professional development only continued to grow. She therefore sold her firm and became a member of Anges Québec in May 2015. Her interest and her passion quickly led her to sit on the board of directors, a position she held for one year before becoming chairperson in October 2017.

Ginette is also very invested in her community as chairperson of the Board of Directors of the Economic Development Corporation of the Joliette RCM since February 2016. Her 2 objectives: