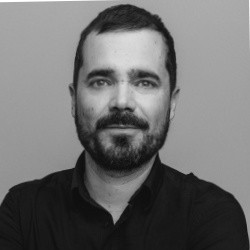 In 20 years, Emmanuel has not stopped creating, developing and financing technological and digital starts-ups in Europe and North America.

In 2000, having barely graduated from Kedge Business School in France, Emmanuel launched his first company. With Sylvain Lumbroso, his permanent partner who he met at school, they grew Mobivillage, which in just 4 years became the top European content platform on mobiles (logos, alarms, games). In 2006, he successfully ceded it to a Japanese group (NTTDocomo). At the same time, he continued to be interested in projects by young people and financed start-ups in the early stages to guide them in their strategic choices.

Just after ceding Mobivillage, he co-founded Digitick, the pioneer in dematerialized ticket booths (concerts, shows, sports, museums). Once again, the start-up grew rapidly (in the top 15 of French e-commerce sites with 35M+ tickets sold/year). Then, Emmanuel and his partner decided to sell it to the Vivendi group in 2012.

In the wake of this sale, he created his third company, Edoki Academy, which offers educational applications inspired by the Montessori method. These fun applications appreciated by children and their parents, quickly rose to the top 10 of the Appstore Education in North America, China and Europe thanks to its innovative subscription model (world’s #1 Montessori App).

Montreal caught their attention and in 2014 the two partners decided to move there with their production team. In addition to Edoki and their involvement in various companies, Emmanuel also sits on about ten High tech corporate committees in Quebec and in France.